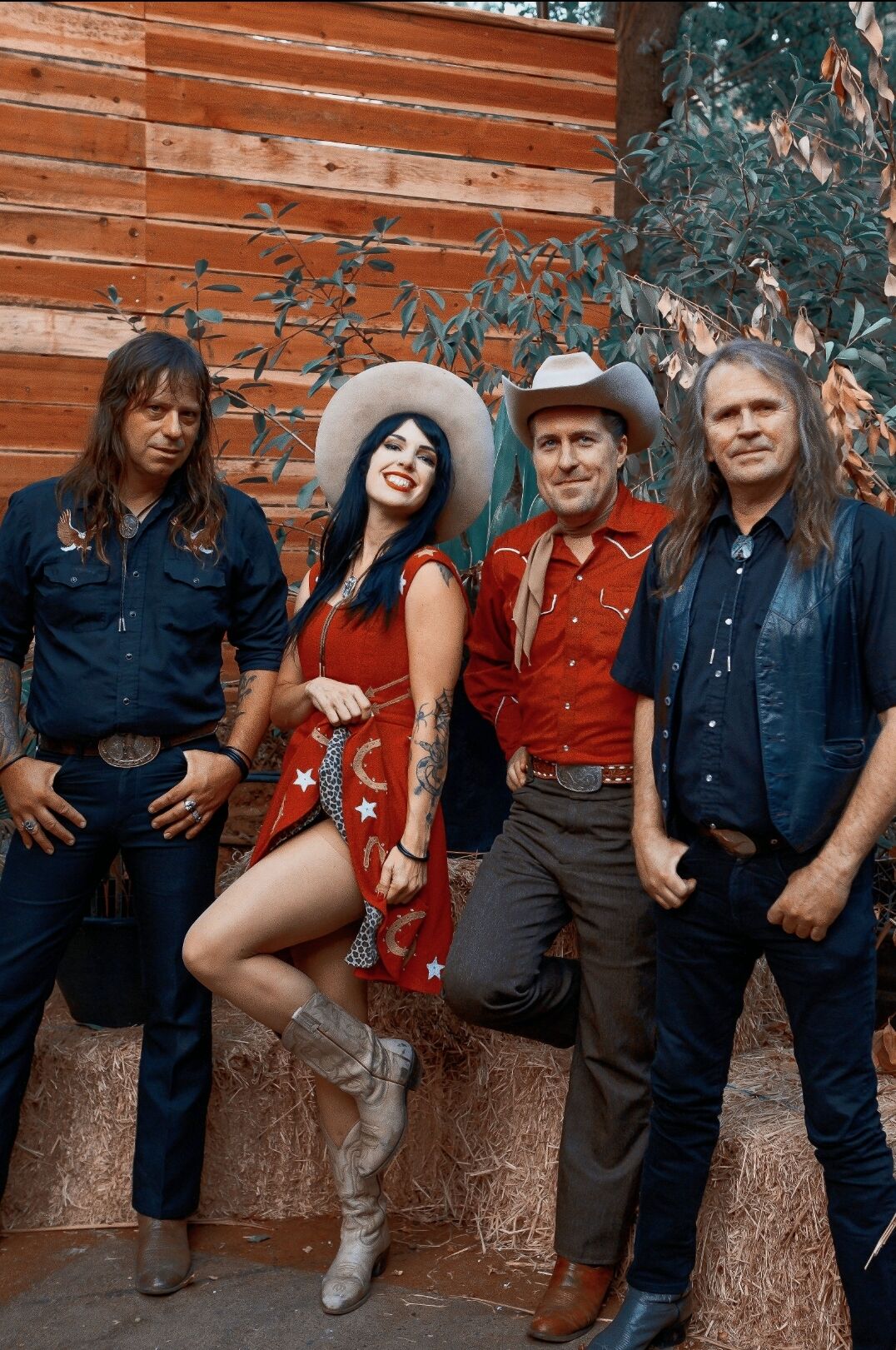 Jenny Don’t and the Spurs play Sept. 24 at Churchill School in Baker City. 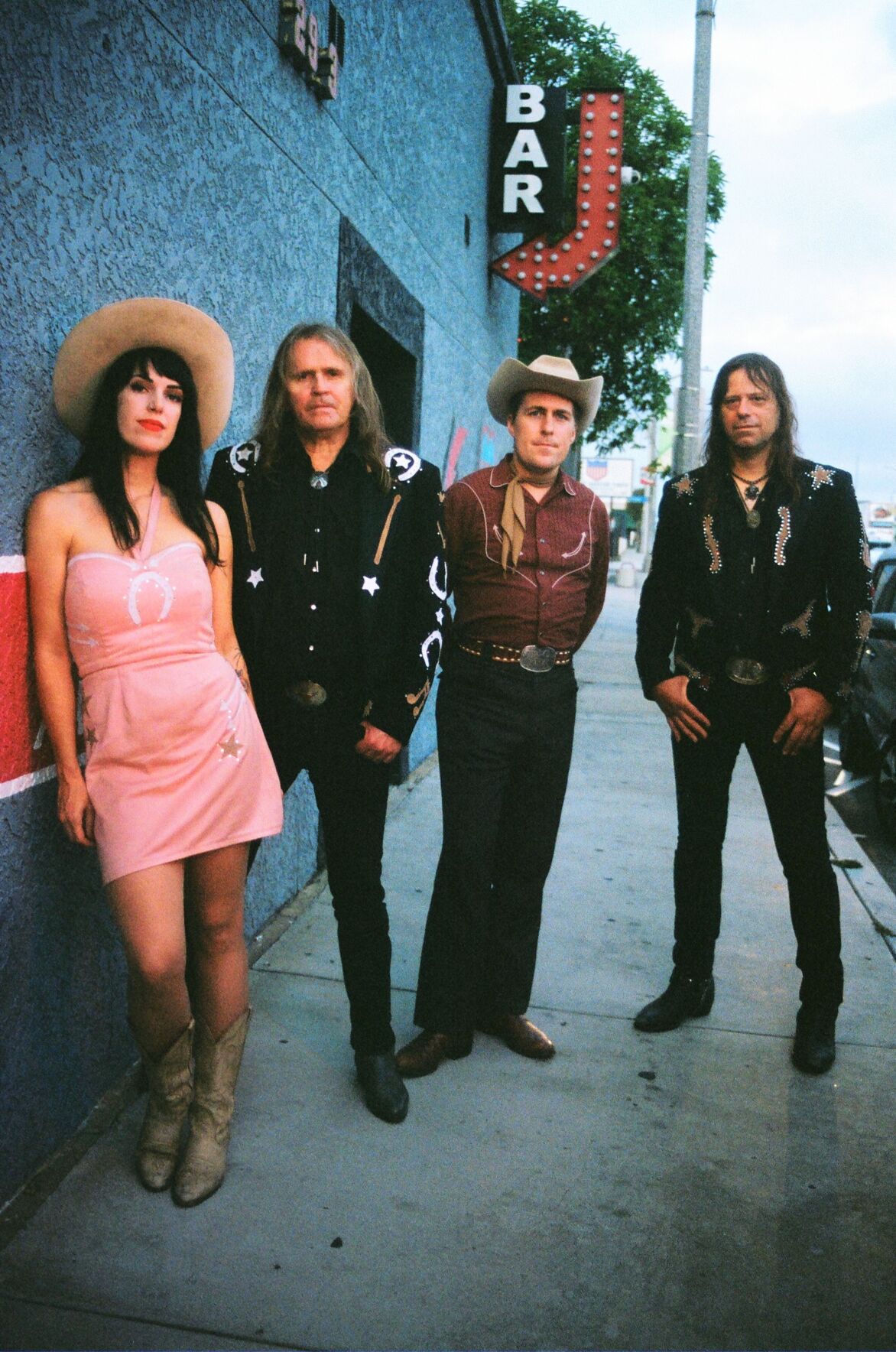 Jenny Don’t and the Spurs play Sept. 24 at Churchill School in Baker City.

BAKER CITY — Jenny heard “Don’t!” so often that she decided it actually sounded more like her full name.

“Eventually it came to sound like a surname of its own,” she said.

She even founded a band by the name DON’T and they toured for nearly a decade. Now she’s in a four-piece country and western band named Jenny Don’t and the Spurs, actively playing and touring since 2012.

This month they’re stopping in Baker City to play Friday, Sept. 24, at Churchill School, 3451 Broadway St. (enter through the 16th Street parking lot). Doors open at 6 p.m. and the music starts at 6:45 p.m. Advance tickets are $8 and available at www.churchillbaker.com. Tickets at the door are $10. For concert details, visit the website.

Jenny Don’t and the Spurs has released three full-length LPs and a handful of singles and EPs. A new single is slated for release on Oct. 29.

This summer, the band toured with Charley Crockett around the western half of the United States.

“We try to get out on the road as often as possible and, in addition to playing pretty extensively around the Pacific Northwest, we’ve done a lot of touring around the rest of the country as well as several European tours,” Jenny said. “We’ve got a lot of fun stuff on the horizon, including West Coast shows later in the spring, an Alaskan tour in the summer, and a tour of southern Europe and the Balkans coming up in the fall.”

Everyone in the band has a long history of playing music.

“We all come from pretty different musical backgrounds, which we feel helps inform the music we create,” Jenny said.

She began singing at a young age and as a teenager played in bands in her hometown of Bellingham, Washington. She moved to Portland in 2008 and continued playing in bands until forming the Spurs with Kelly Halliburton.

Halliburton (bass) played in punk and hardcore bands as a teenager in the 1980s. He played in lots of bands over the years including Resist and Defiance before he eventually joined forces with Fred and Toody Cole in the early 2000s to form Pierced Arrows.

Sam Henry (drums) started playing in bands when he was a kid in the 1970s. He was a founding member of the punk band Wipers, as well as playing with Fred and Toody Cole (of Portland garage punk band Dead Moon) in The Rats in the early ‘80s, and Napalm Beach in the ‘80s and early ‘90s.

Christopher March (guitar) started young as well, and played on the country and bluegrass circuit around his native Auburn/Grass Valley region of California, before relocating to the Pacific Northwest in the early 2000s.

Jenny Don’t and the Spurs has toured around the Pacific Northwest, plus 22 states and a dozen countries.

“We have an in-band joke that goes something along the lines of ‘We’ll play anywhere where we can plug in our amplifiers!’” Jenny said. “This will actually change when we finish working out the bugs in our all-acoustic set, which we’re trying to hone down in order to play places where we don’t have to plug anything in — then we’ll literally be able to play anywhere. It’s a big world and there are still a lot of countries and regions we plan on exploring!”

“A kind of hybrid that combines elements from our musical backgrounds with the kind of raw, heartfelt, stripped-down country music we love,” she said. “We’re not interested in the pretensions that come with a lot of what’s considered country music these days — we try to boil it down to the essentials of what we’d like to hear in a country band and combine that with a high-energy live show.”

She said their sound is a blend of influences from “the old Bakersfield country greats to the backwoods hillbilly rock of the Deep South, from the classic history of Northwest country and rockabilly to the raw, energetic garage rock, surf bands, and a touch of Spaghetti-Western guitar twang.”