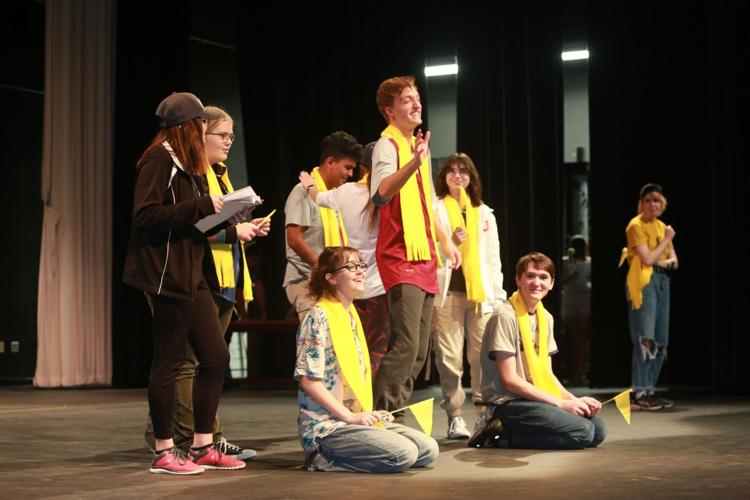 Hermiston High School students rehearse “Puffs,” which they will perform Oct. 28-29 and Nov. 4-5. 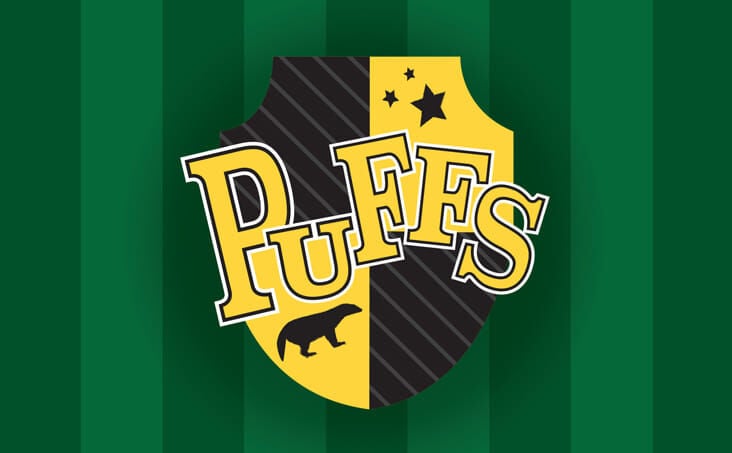 Hermiston High School students rehearse “Puffs,” which they will perform Oct. 28-29 and Nov. 4-5.

HERMISTON — If you’ve ever read a series of books or watched movies about seven years at a certain school of witchcraft and wizardry and wondered what was happening in the other three towers, then Hermiston High School has just the play for you.

This month, Hermiston High students are presenting “Puffs, or Seven Increasingly Eventful Years at a Certain School of Magic and Magic,” a 2014 musical by Matt Cox. The play is a parody of the Harry Potter series by J.K. Rowling, but from the perspective of the students not destined to save the world.

“Puffs is the story of a boy named Wayne Hopkins who finds out he’s a wizard, goes to school in England and has adventures,” co-director Jordan Bemrose said. “It’s really fun, and it’s from the perspective of the ‘Puffs’ house, those students that are irrelevant to the Harry Potter stories and just want to learn how to be a wizard.”

In addition to being a modern play students can identify with, “Puffs” is also a play with a fluctuating cast, which is a big benefit for a high school club.

“We had 42 kids audition so we have 42 kids in the show,” Bemrose said. “A lot of the kids are doing backstage stuff — props, sound, lighting — but everyone who wants to be in the show, can be. We think that’s really important.”

Auditions were in early September, and the cast and crew have been working since then to bring “Puffs” to life.

Performances are scheduled for 7 p.m. on Oct. 28, Oct. 29, Nov. 4, and Nov. 5. There will also be a 2 p.m. matinee show on Saturday, Nov. 5 in the auditorium at Hermiston High School. Tickets will be sold at the door for all performances and cost $8 for teens and adults (11 and up) and $5 for children 10 and under, seniors, and Hermiston students with their ASB card.

Wizard-themed food and beverage concessions will be available for sale, benefiting the drama program, and there will be a costume contest.

For dates and specifications for the costume contest, follow the Hermiston High School Drama Department on Facebook.