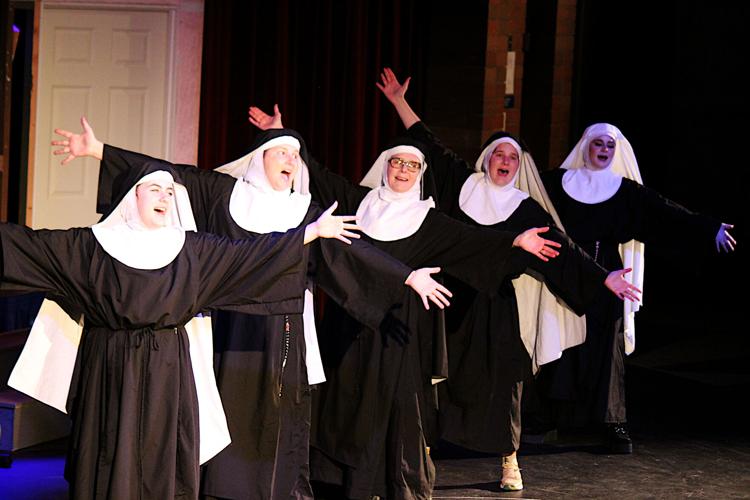 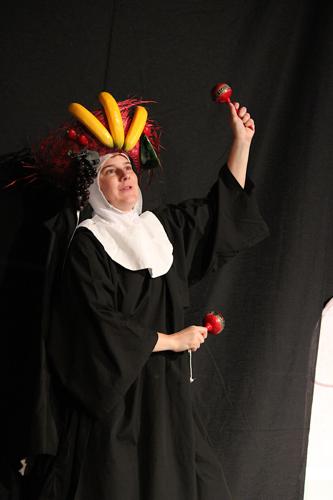 “Nunsense” can be seen Nov. 10-13 and Nov. 17-20 in the Bob Clapp Theater at Blue Mountain Community College. For tickets, visit collegecommunitytheatre.com/box-office/. 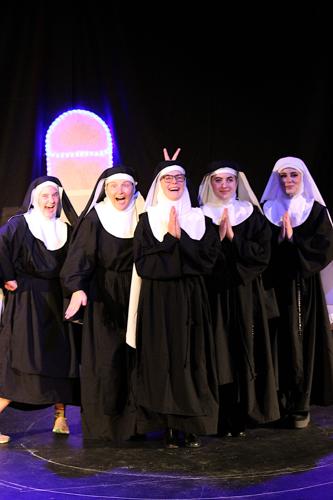 “Nunsense” can be seen Nov. 10-13 and Nov. 17-20 in the Bob Clapp Theater at Blue Mountain Community College. For tickets, visit collegecommunitytheatre.com/box-office/.

PENDLETON — The “humor of the nun” is coming to Pendleton when “Nunsense” opens Nov. 10 at the Bob Clapp Theatre.

“This show is hilarious and it’s fun and light-hearted,” director Margaret Mayer said. “It’s the first show back for College Community Theatre, and it’s going to be wonderful.”

The story of “Nunsense” begins when Sister Julia, Child of God, accidentally poisons 52 of the nuns and the survivors are in desperate need of money to pay for burials. The sisters decide the best way to raise the money is to put on a variety show including stand-up comedy, dancing and other hijinks.

“I like the fact that we have a small ensemble,” Braker said. “I interact with everybody. We all get a chance to sing together. We all get featured in a solo, but we do a lot of things together.”

Each nun has her own personality and her own on-stage talents. As the Mother Superior, Braker has the opportunity to be both humorous — and tough.

“She likes to be in charge, but she’s the mother superior, so that’s appropriate,” Braker said.

“She likes to be supportive of the nuns where she can be, but if they’re up to no good, she doesn’t have a problem letting them know.”

The authority of Mother Superior plays a role in the interaction between Braker’s character and Speakman’s Sister Mary Hubert.

“Sister Mary Hubert is the Mistress of Novices, which means she is second in command. She really wants to be first in command. She tries very hard to be in charge without being in charge,” Speakman said.

Only one of Sister Mary Hubert’s novices appears in the show. Sister Mary Leo is a novice who wanted to be a ballerina, and Cates takes the role because of her ballet training — and she will dance, in a habit.

Rounding out the cast are two nuns of the opposite end of the spectrum: Sister Robert Anne and Sister Mary Amnesia.

“Sister Robert Anne is the tough nun who grew up on the streets of Brooklyn, so she’s the most street wise of the nuns,” Martin said.

“She has a lot of fun in the convent, but nothing too risqué. She just likes to get under the skin of the Reverend Mother.”

“She sees every day as a new adventure,” Welch said. “That’s a nice way to put it.”

Sister Mary Amnesia is also scandalized by the strong-willed puppet she shares the stage with, Sister Mary Annette.

“The best part of doing this show is probably learning to do ventriloquism and then not having to do it,” Welch said.

“Nunsense” is an all-female cast, and the production crew is also primarily women: Mayer is also the music director; Martin serves as co-director; Doreen Matteson is stage manager, and choreography is by Julie Sneden Carlson.

“Come support the arts,” Mayer said. “We’ve all worked really hard. There’s going to be a live pit and lots of audience participation, and it’s going to be wonderful.”

“Nunsense” opens Thursday, Nov. 10, with a “pay-what-you-can” performance at 7:30 p.m. The show will be general admission (no assigned seats) and donations will be accepted at the door.

Tickets are available at www.collegecommunitytheatre.com for shows on Nov. 11-13 and Nov. 17-20. Performances are at 7:30 p.m. Thursday through Saturday, and 2 p.m. Sunday.

Tickets are $20 for adults; $16 for seniors and $12 for students. Group rates are also available.