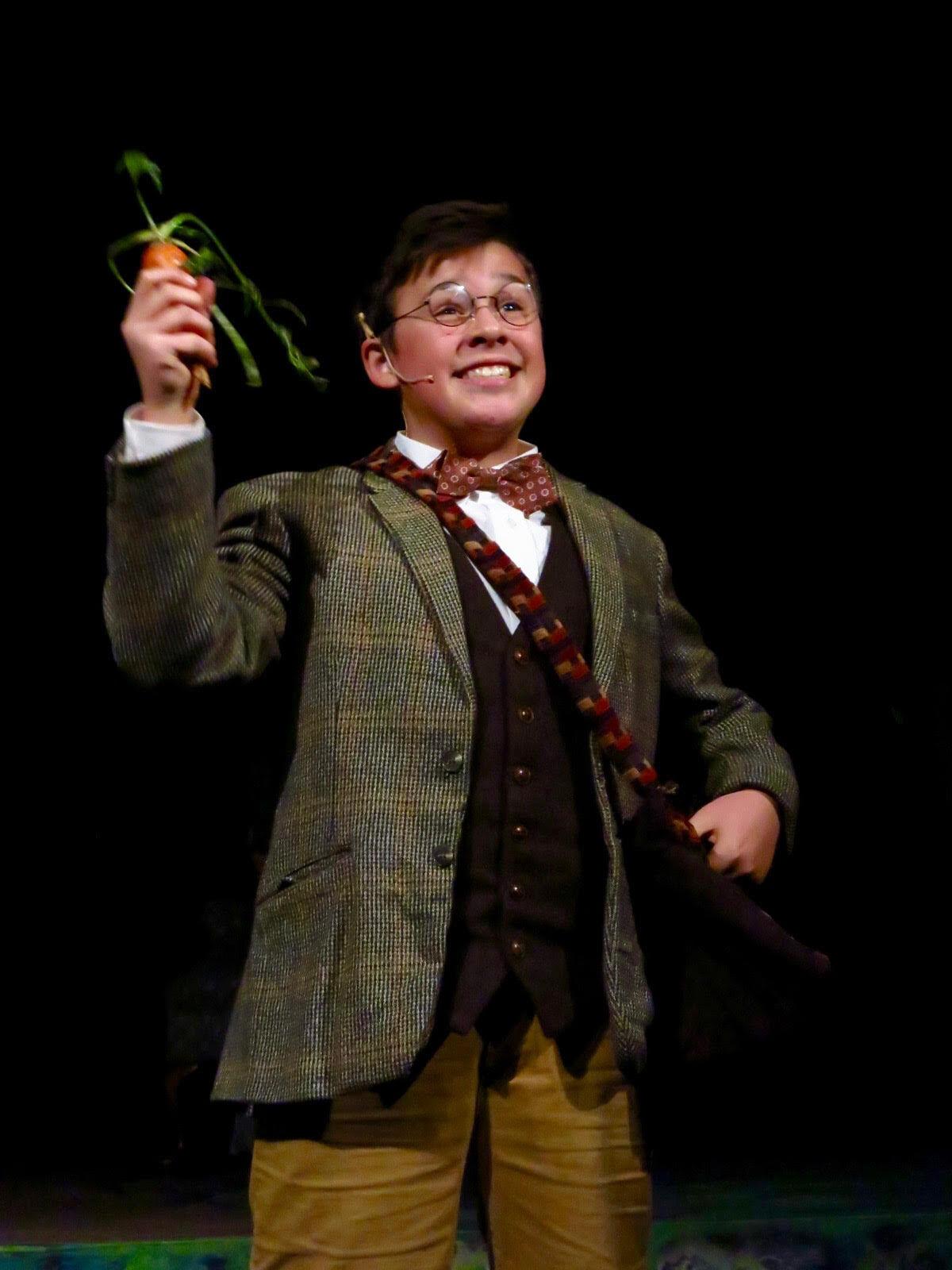 Grant Deem is Hugo, a deputy-in-training, in “Tuck Everlasting,” now playing at the Elgin Opera House. 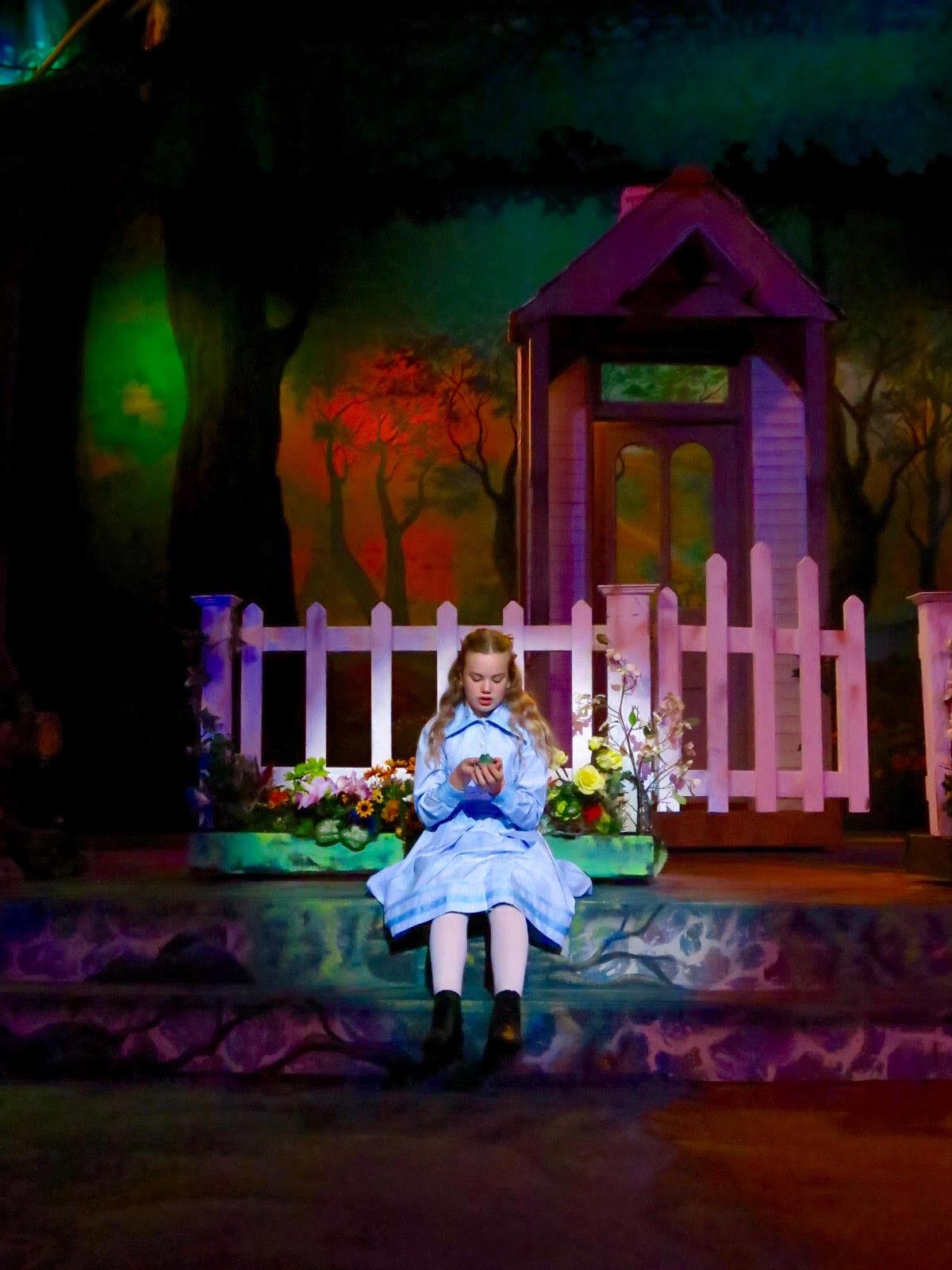 Grant Deem is Hugo, a deputy-in-training, in “Tuck Everlasting,” now playing at the Elgin Opera House.

I’ve always wanted a T-shirt that says “The book was better.”

I’m excited when a favorite book is made into a movie, but every time — without fail — I am disappointed. It’s so easy to find fault when the filmmaker left out a favorite part, or cast a character that in no way resembles the picture I made in my mind.

I know I should judge each — book and movie — as separate art forms. But it seems like movies can never quite capture the same magic as a book, in my opinion.

A move from book to stage, however, is different.

I most recently experienced this with a trip to the Elgin Opera House where I and my two kids (ages 14 and 10) saw “Tuck Everlasting.”

When I heard this play was on the schedule, I checked the book out from the library and quickly read the volume, which comes in at just 139 pages. “Tuck Everlasting” was written by Natalie Babbitt and published in 1975. The story has been made into two movies (1981 and 2002) and a Broadway musical.

And it is that musical we watched on Saturday, Nov. 27.

The stage version does diverge from the original book just a bit, but not in any way that greatly impacts the story.

It begins with the Tuck family who, in the early 1800s, drank from a spring in a wood. Years passed but when they did not age — and serious accidents never resulted in death — the Tucks realized the water had made them immortal.

Then we jump to 80-some years in the future, when a young Winnie Foster (played by Fern McConnell in her first major role) wanders in to the wood and almost drinks from the spring — but is stopped by Jesse Tuck (Liam Bloodgood), who looks 17 but is indeed more than 100 years old.

And here is where Winnie has a choice: drink from the spring and live forever, or live out her normal life in the fullest way she can.

During the performance, I didn’t once compare the musical to the book. This is due, I think, to the cast — each actor brings something special to the stage and I was transfixed the entire time (and I teared up several times, as well).

Director Terry Hale said: “My actors are so incredible. Each one has captured the essence of their character. Each one of them is so very good. It’s magic watching them on stage together.”

There are still tickets available for the final three performances of “Tuck Everlasting.” The show on Friday, Dec. 10, starts at 7:30 p.m. Saturday, Dec. 11, has two shows: 12:30 p.m. and 4:30 p.m. Tickets are $18 for the orchestra level and lower balcony, or $8 for the upper balcony. Purchase tickets online at www.elginoperahouse.com.