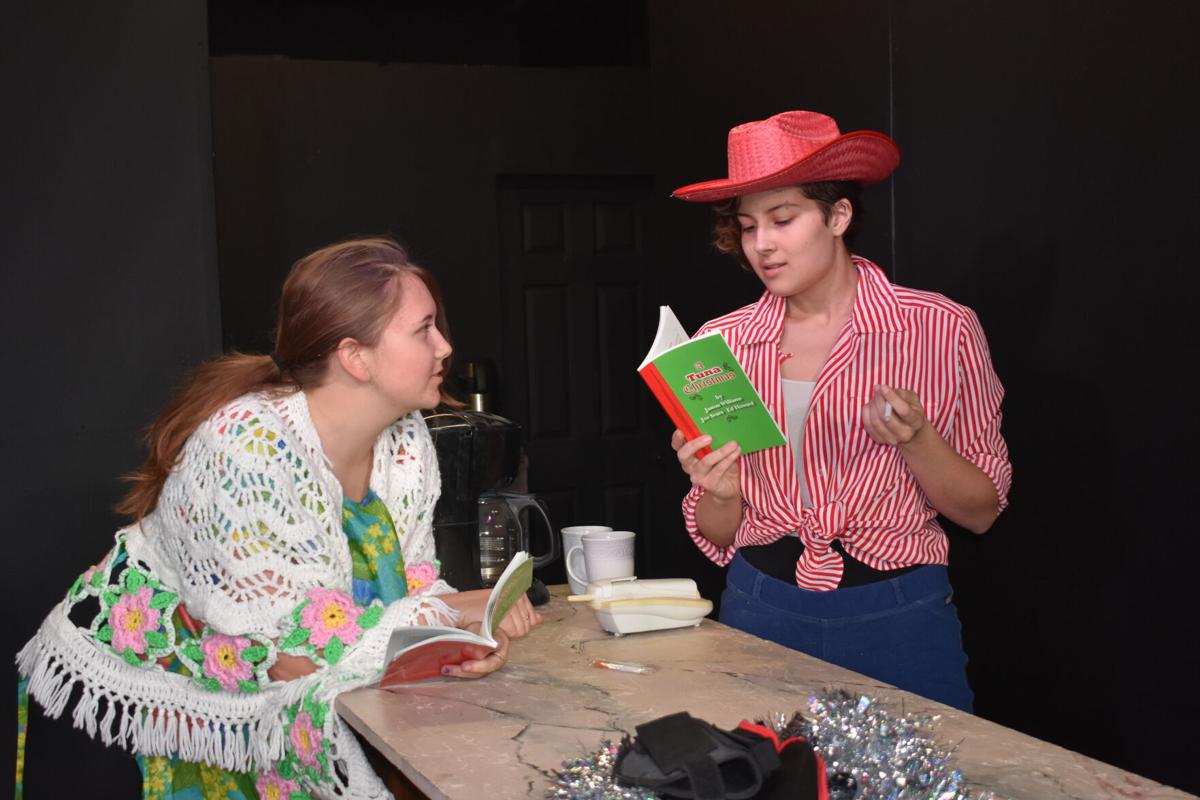 Savannah Brown, left, and Marie Taylor star in “A Tuna Christmas.” Each actor plays 11 characters in the show. 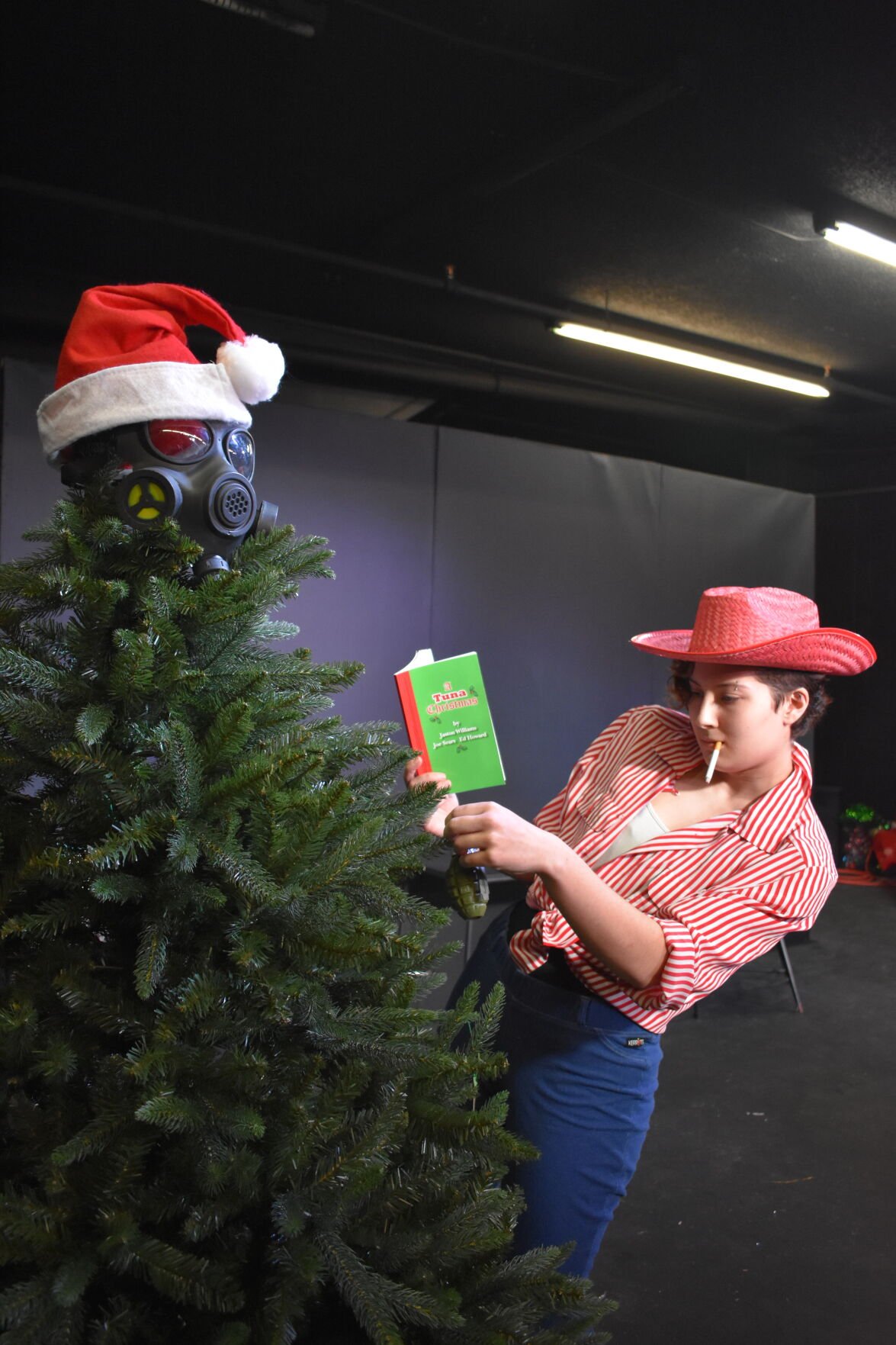 Savannah Brown, left, and Marie Taylor star in “A Tuna Christmas.” Each actor plays 11 characters in the show.

BAKER CITY — It’s theater, but also a race of sorts.

The challenge facing Marie Taylor and Savannah Brown is one of swiftness — how quickly they can change characters (both in demeanor and in costume).

“A Tuna Christmas” is presented by Eastern Oregon Regional Theatre. There are two weekends of performances: Dec. 10-12 and Dec. 17-19. Showtimes are 7 p.m. on Fridays and Saturdays, and 3 p.m. on Sundays. All are at the EORT theater, 2101 Main St. in Baker City.

Tickets are $15 adults, $13 EORT members, and $8 for students. For opening night only, Dec. 10, all adult tickets are $12. Purchase tickets online at www.easternoregonregionaltheatre.com, call 541-523-9652 or buy at the box office before the show.

The play is set in Tuna, the third smallest town in Texas. The show opens with Marie Taylor playing Didi Snavely, owner of Didi’s Used Weapons.

“If we can’t kill it, it’s immortal,” is how Didi answers the phone.

Next comes a parade of characters that gives the audience of snapshot of life in this small Texas town. The plot revolves around a citywide Christmas decoration contest and The Christmas Phantom that ruins displays every year.

At times the actors have just a few seconds to change characters — and body shapes — before coming back on stage.

“That’s the fun of the show,” Dennis said. “It’s a 22-person play played by two people. On purpose. It’s going to be fast and crazy.”

Although the audience will see only two actors on stage, there will be a whole fleet behind the scenes.

“At least six — if not seven or eight,” Dennis said. “And that’s not counting tech.”