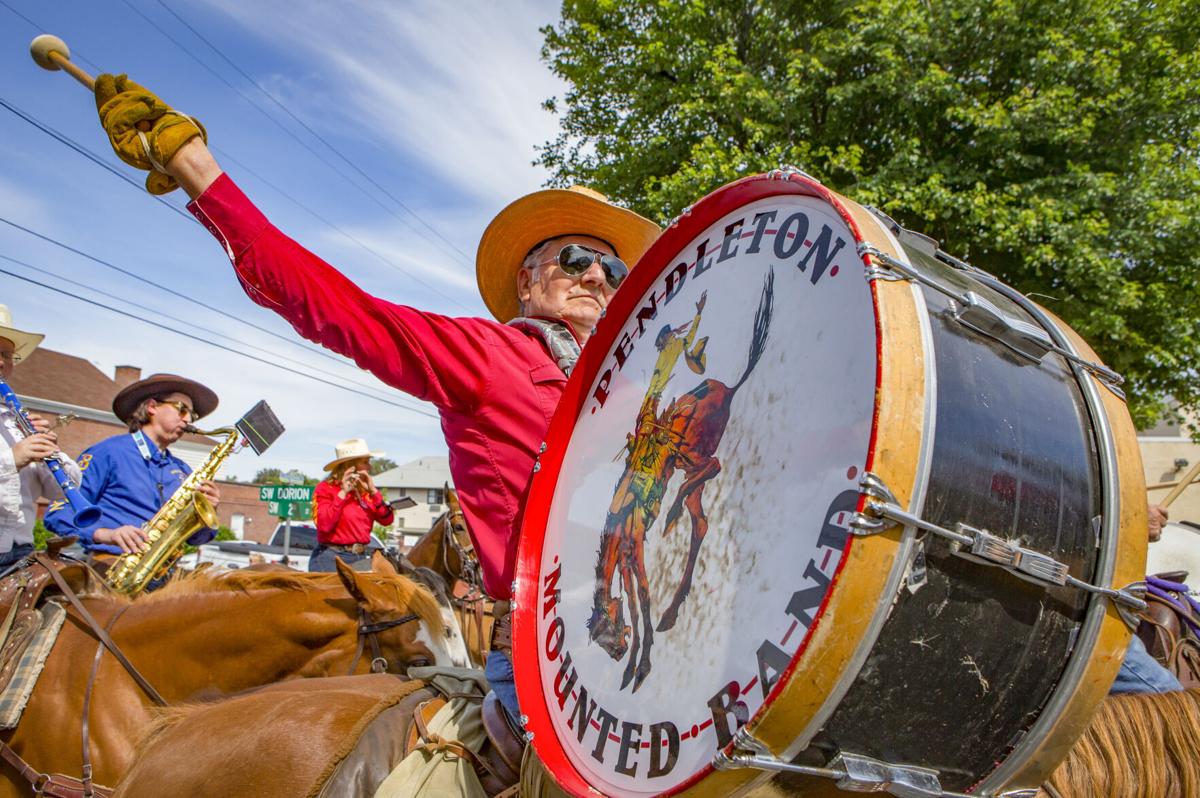 Dennis Zimmerman sounds the drum as a member of the Pendleton Mounted Band during the 2019 Pendleton Fourth of July Parade. 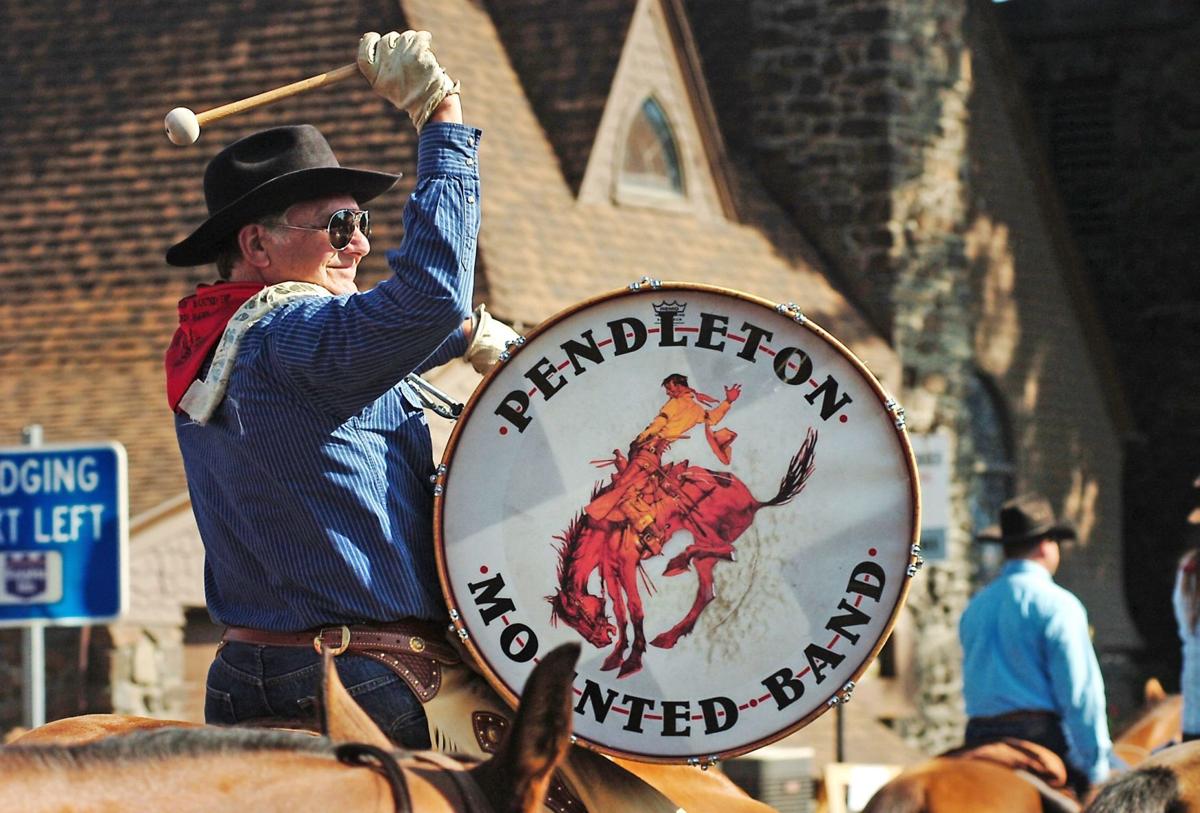 A man plays the drum in the Pendleton Mounted Band during the 2014 Dress-Up Parade during Round-Up week in Pendleton.

Dennis Zimmerman sounds the drum as a member of the Pendleton Mounted Band during the 2019 Pendleton Fourth of July Parade.

A man plays the drum in the Pendleton Mounted Band during the 2014 Dress-Up Parade during Round-Up week in Pendleton.

PENDLETON — There are only two active mounted bands in the United States, and one of them is in Eastern Oregon.

The Pendleton Cowboy Mounted Band is a lot like a marching band … if the musicians were riding horses instead of marching.

Originally founded in 1911, the Pendleton Cowboy Mounted Band was revived in 1985 and has performed on horseback every year since, with the exception of 2020. After a one-year hiatus due to the COVID-19 pandemic, the band is back in the saddle this year for its 35th season.

Members travel from across the Pacific Northwest to practice, ride and play with the band each year.

“We have become more than just a group of people on horseback playing instruments,” she said. “We are a family, supporting each other through times of happiness and grief, good friends who genuinely care about each other.”

The band members range from retired teachers and current students to railroad workers and doctors. The youngest is 17, and the eldest member is “somewhere in their 70s” — one of the many who have played with the band since its revival in 1985.

“We also have a very active ground crew, usually made up of family members who provide support from helping us get on our cowboy gear, grooming, helping saddle, feeding and making pizza runs,” Hascall said. “We also have outriders who help wrangle horses and ride with us during performances. Their job is eyes on always to notice potential problems and help fix the issue before it becomes an accident and a horse or rider is injured.”

Members also include riders who carry flags — representing the band, Round-Up and USA — before the group in parades, as well as honorary members who no longer ride.

Find photos and videos of the band on its Facebook page, Pendleton Cowboy Mounted Band.

During Round-Up week, you’ll be able to hear the mounted band in the Westward Ho! Parade on Saturday, Sept. 17, which begins at 10 a.m., as well as in downtown Pendleton on Saturday morning and in the arena before the rodeo begins that afternoon.

If you are interested in joining the Pendleton Round-Up Mounted Band, email Amy Johnson at Pendleton.bandhorse@gmail.com. Band members must be at least 16 years old.